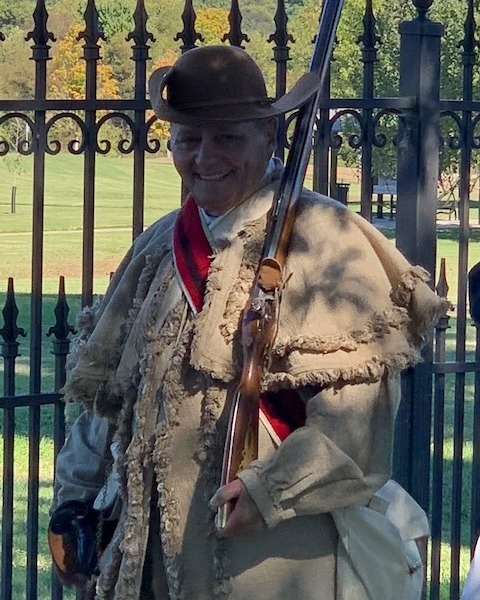 James “Jimmy” Leonard Hobbs, age 81, of Madison, Tennessee passed away on Friday, November 25,
2022. He was born September 3, 1941, in Lexington, Kentucky and a retired heavy equipment operator.
Since being inducted in 2007, James was a dedicated member of the National Society of the Sons of the
American Revolution (NSSAR). He participated in hundreds of events, traveling thousands of miles over
at least seven states honoring Patriots of the American Revolution. James worked with the Wreaths
Across America foundation and led the annual service and wreath placements honoring all Veterans at
the Nashville National Cemetery. He served in numerous chapter roles, up to and including President. In
2019, James received the National Von Steuben Medal for Sustained Achievement in the NSSAR Color
Guard. In 2022, he received the Patriot Medal, the highest award that can be given by a State Society.
He is preceded in death by his wife of almost 50 years, Alice Carol Fleming Hobbs, parents Leonard
Hobbs and Mary Hensley, sister Bonnie Ann and brothers Clayton and Doug.
He is survived by his children Delores Delores (Kelly) Arnett, James (Stefanie) Hobbs, and Stephen (Cindy)
Hobbs; grandchildren Joshua, Ashley, Chelsea, William, Andrew, Marisa, 3 great-grandchildren and sister
Linda.
Services will be announced at a later date.

To order memorial trees or send flowers to the family in memory of James Leonard Hobbs, please visit our flower store.