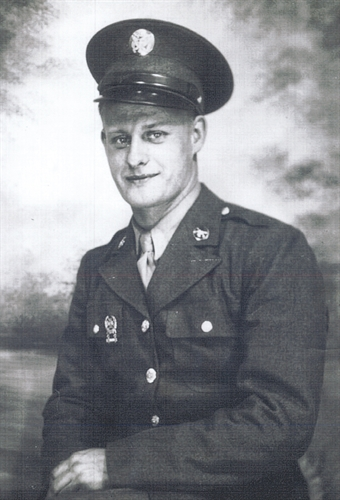 Loren E. Stubbs passed away on Sunday, October 8, 2017 at the Waters of Springfield from natural causes. He was 98. Mr. Stubbs is survived by his loving wife of 73 years, Sara Martin Stubbs of the Waters of Springfield. Two sons, Larry (Sharon) Stubbs and Alan (Benita) Stubbs; two daughters, Kay Carey and Marcia (Dwain) Davenport; nine grandchildren, thirteen great-grandchildren and eleven great-great-grandchildren. Mr. Stubbs served in the Army during WWII, where he was wounded at the Battle of the Bulge in Germany for which he received the Purple Heart. He retired from the Nashville Post Office Garage in 1982. He was member of Cornerstone Church in Madison, TN. We thank the staff of The Waters of Springfield for their care and kindness during his stay there. The family will receive friends Tuesday (today) in the Chapel of Madison Funeral Home from 5 to 8pm and where funeral service will be conducted on Wednesday, October 11, 2017 at 1pm with Pastor Maury Davis and Bro. Randy Mullenix officiating. The family will receive friends one hour prior to service. Pallbearers will be Larry Stubbs, Alan Stubbs, Craig Carey, Brandon Stubbs, Anthony Alsup and Bo Nicholas. Interment will follow in Spring Hill Cemetery where Military Honors will be rendered. MADISON FUNERAL HOME (615)868-9020.
To order memorial trees or send flowers to the family in memory of Loren E Stubbs, please visit our flower store.