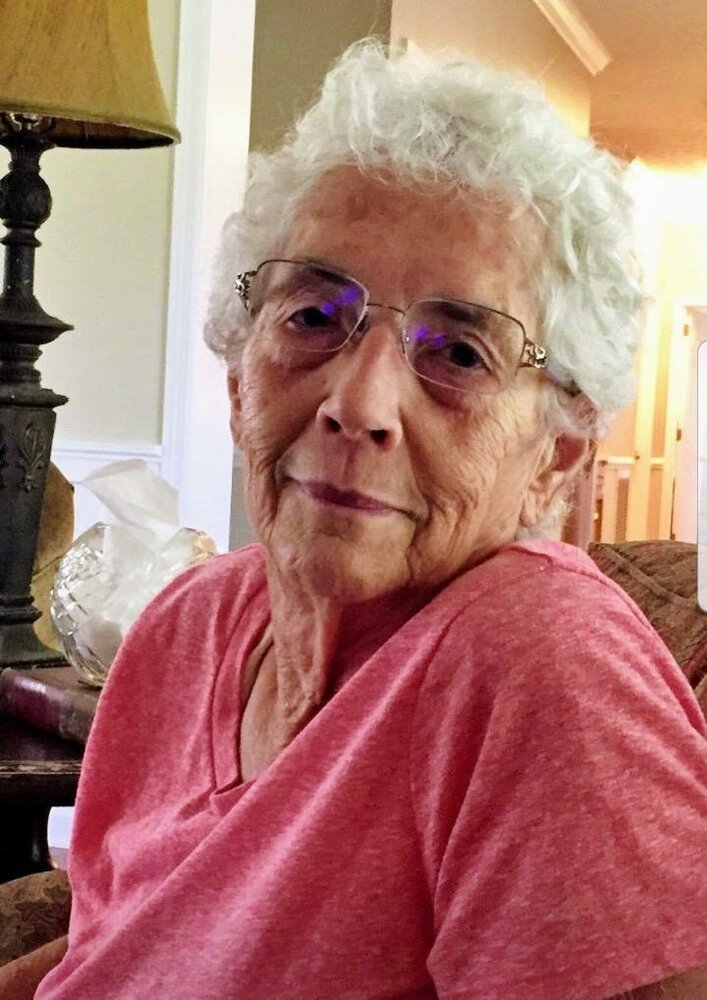 Martha Ann Bush passed away on Saturday, September 24, 2022. She was born in Nashville, Tennessee, on September 1, 1939 to Clarence and Bessie Warrick. Her father served in the United States Marine Corps. Martha and her younger sister Pam had fond memories of their childhood home on Fatherland Avenue, walking to church on Sunday mornings, keeping a garden, and listening to her daddy play music. Martha married Joseph Franklin Bush on January 26, 1957 in a tornado leveled Rosedale Baptist Church. Despite the storm, Martha refused to change her plan to be married in her uncle’s church. Joe and Martha had four children, Joe Jr., Jeff, Kathy, and David. She and Joe Sr. also adopted and raised Mitchell. Martha loved the beach, shopping, bowling with the Madison Bowling League, and connecting with other families on the ball field and at church and school events. She was a mother to countless baseball and football players while her husband coached. Martha enjoyed serving at First Baptist Madison and Grace Baptist Church. She was preceded in death by her parents, her husband, Joe Bush, Sr, her son Jeffrey Lynn Bush, and her sister Pamela Darlene Shirley. Martha is survived by her children Joe Jr. (Debbie), Kathy (Eddie), David (Bridget), and Mitchell (Lindsey), grandchildren and great-grandchildren Timothy (Nina), Tyler (Melissa), Joseph III, Jacob, Turner, Maleah, Ethan, Kaleigh, Bralyn, Aiden, and Bailey, and several beloved cousins, nieces, and nephews. Family and friends are invited to celebrate Martha’s life at Madison Funeral Home, 219 East Old Hickory Blvd, Madison, TN during Visitation 4:00-8:00 p.m. on Wednesday, September 28 and from 10:00-11:00 a.m. with the Celebration of her Life following at 11:00 a.m. on Thursday, September 29 with Bro. Chris Johnson officiating. Martha will be laid to rest at 1:00 p.m. at Cothran Cemetery in Rockvale, Tennessee. Serving as her pallbearers will be Tim Bush, Tyler Bush, Jacob Bush, Joseph Bush, Aiden Bush, Chris Shirley, Johnny Christiansen and David Carter. Madison Funeral Home is in charge of the arrangements, 219 E. Old Hickory Blvd., Madison, TN 37115, Phone 615-868-9020
To order memorial trees or send flowers to the family in memory of Martha Ann Bush, please visit our flower store.

Prior to the Celebration of Life