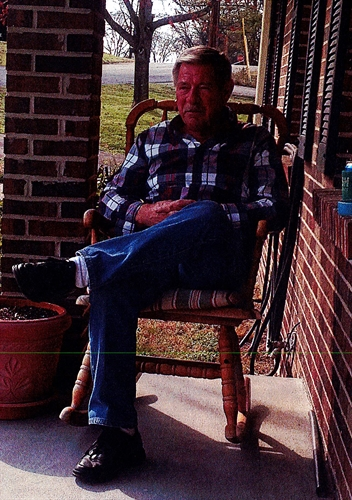 Orvil Dean "Bud" Leonard of Madison, TN passed away on Wednesday, July 26, 2017, he was 70. Bud was an Army Veteran and worked for the Peterbilt Motor Company for 35 years. Preceded in death by his parents, Bethel and Beatrice Leonard; brothers, Homer Leonard, Kenneth Leonard, James Leonard, Joe Leonard, Herman "Jr." Leonard; sister, Opal Tolbert. He is survived by his wife, Barbara M. Leonard; son, Jeffery Leonard; sisters, Shirley (Jim) Hall, Brenda Lawson and Faye (Robert) Ford. A time of sharing memories and visiting with the family will be on Saturday, July 29, 2017 from 6 to 8pm the Chapel of Madison Funeral Home. Military Honors will be rendered at 5:45pm for those that would like at attend. In lieu of flowers donations should be made to the Nashville Humane Society, American Cancer Society or the charity of one's choice. MADISON FUNERAL HOME (615)868-9020 madisonfuneralhome.net.
To order memorial trees or send flowers to the family in memory of Orvil Dean Leonard, please visit our flower store.